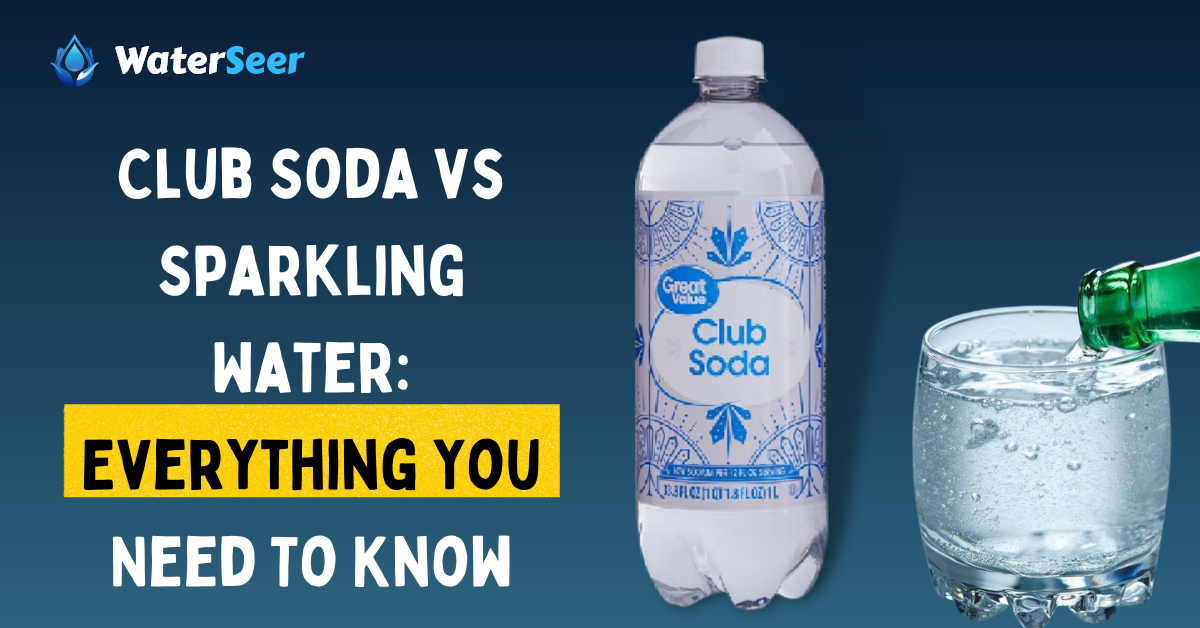 The urge to quench your thirst makes you realize the importance of water. Our body needs water throughout the day, as and when there is a decline in it. So certainly, no individual on this earth can live without water for long, even if he had drunk enough water in the morning, but by the end of the day, he will need it again. And it’s a demand that needs to be fulfilled till death.

However, satiating the need for water could be quite boring at times. So what is it that you would like to make it more interesting?

The struggle sometimes lies in this simple conundrum: How can we keep on achieving this hydration goal daily — and not become so bored of drinking water that we just drink less of it?

One great way to combat water fatigue is to spice up your H2O beverage choices by putting in some carbonated water into the mix. Drinking these beverages can help you in reaching your daily hydration requirement; and, at the same time, have a little variety when it comes to your drinks.

Carbonated water can be a good alternative that can also provide you with the H2O you need. And not just any variety but HEALTHY variety, which is always a plus.

When looking at carbonated water choices, two that have a big presence in most lists, if not all, are club soda and sparkling water. So, of course, this can lead to one simple question: What is the difference between the two? Well, let’s find out, shall we?

If you’ve ever dined out, chances are, you’ve come across this inquiry from your server: “Flat or sparkling?” And quite a few may have chosen sparking, thinking that that would be the end of their decision-making for their beverage for the evening. But no! Once you say that magic word – “sparkling” – an entire proverbial menu of choices opens up. Would you like sparkling water? Would you like soda? And it goes on and on.

And if you came in thinking that flat or sparkling are the only two distinctions when it comes to drinking water –  then you are certainly going to get your mind blown with all the variations of bubbly around.

All the different variations of bubbly or carbonated water and their effervescence or bubbly nature are due to the carbonation process. Carbonation is a chemical reaction that occurs when there are high-pressure conditions that then cause carbon dioxide gas to dissolve into the water.

So yes, in general, carbonated water is the same in the sense that they all come to be because of the same reaction to the same chemical. But that’s where to similarity ends. The reason why there are many types of fizzy or bubbly water is because of the different variables that come into play after that initial process has been done.

There are a lot of various carbonated water choices, such as:

The names in the list above are commonly used interchangeably, but do not be fooled — each one is different. It’s good to know about each one, specifically, so that you can also figure out which one you want to partake in, whether faced with these selections at a dining establishment or staring up at a wall of options for sparkling bottled water at the grocery.

Two of the most commonly mentioned carbonated beverage choices you may encounter are club soda and sparkling water. In order to know which one is the right choice for you, let’s get into everything you need to know about these two fizzy H2O options!

What is Club Soda?

Club soda is a type of carbonated water that “includes dissolved salts […] that are only there to enhance the flavor.” Like soda water, which is yet another carbonated water option, club soda has water and carbon dioxide in it.

In addition to that, club soda has added minerals such as salt, sodium bicarbonate, and potassium sulfate. The trace amounts of these minerals affect the flavor in subtle ways. In general, this basic composition is what makes club soda taste quite similar to plain old mineral water.

Because of the components of dissolved salts, club soda will always contain some amount of sodium. So those who are particular about salt or sodium in their diet should take note of this fact!

Let’s now get into the name. The soda part of the name basically just refers to the minerals in it, same as with soda water. As for the club in club soda, you may ask? Well, the addition of the word club to the first part of its name was derived from social clubs.

An Irish company called Cantrell and Cochranes Super Carbonated Club Soda was the one that trademarked the name club soda back in 1877. This was done in reference to the sparkling beverages that were served in clubs during that time.

In the long run, club soda as a name stuck for the drink more than its connection with the so-called social clubs. Today, the term club soda is just a typically used name to refer to this beverage outside of the social clubs.

Club soda is comprised, basically, of the following:

Club soda has quite a number of uses aside from it being a beverage of choice.

The minerals that are in club soda do vary depending on the brand, but one mineral that can be found almost always is sodium bicarbonate, also known as baking soda. This is why club soda can be used in more than just beverages:

Because of the sodium bicarbonate in club soda, it has a distinct and somewhat bitter flavoring.

What is Sparkling Water?

Sparkling water, or more specifically, sparkling mineral water, is the same as soda water (another fizzy water choice!) in the sense that they are both terms used to refer to basic carbonated water.

Actually, sparkling water is a term that can just lead to you getting any myriad of carbonated options that have a neutral taste.

Also Read: How Can I Train Myself To Drink More Water?

Sparkling water or sparkling mineral water gets its name from, what else, the bubbles! Sparkling refers to the bubbly, fizzy quality that carbonated water takes on because of the whole reaction to carbonation.

The mineral in the name is what makes it distinct — because it means that the components in this water type all occur naturally.

Sparkling mineral water is made up of these naturally-occurring components:

Because of its softer carbonation, it does not provide the same aggressive fizziness that is required for recipes like tempura batter or scrambled eggs, which is why this type of carbonated water does not really feature in many recipes in general. Where it shines, however, is in the beauty world:

The flavor you get from sparkling mineral water will come from the minerals that comprise it. The number of minerals may vary from brand to brand as this depends on where the water was sourced. This means that the flavor can vary. Discerning palates may find themselves detecting tangy, salty, or earthy notes, depending on the brand.

Club Soda vs Sparkling Water: Other Things To Consider

Aside from the information detailed above, there are other things to keep in mind when looking at both club soda and sparkling water.

Now that you know everything you need to know about these two carbonated water options, you can better discern which one is the optimal choice for you — or if you feel you need to explore other options as well. Remember that because of various factors, it’s best to taste different brands of each (club soda and sparkling water) as they vary from brand to brand. This will help you find the one that is just right for you. Cheers!